For Maggie’s first Halloween, she is going to be a dinosaur. I saw a pink dinosaur costume on the Carter’s website and thought that would be the perfect costume for her. Instead of buying that terry cloth costume, I bought separates from Carter’s that she could wear any time and get more use out of. My crafty sister-in-law kindly made the tail, attached it to a tutu, and added spikes to her hooded sweatshirt.

When she was born by Cesarean section, I anxiously waited to hear her cry. I knew from watching medical dramas that a cry from a newborn is a good sign. Although I wasn’t too worried because I think the doctor had already told me that C-section babies don’t cry as quickly because they are slightly sedated by the epidural from the mother. I hope I’m saying that right. Any way, when she did cry the first thing I said was, “She sounds like a dinosaur.” (Here’s more about her birth and early months.)

She still reminds me of a dinosaur or a dragon. She is daring, loud and makes so many funny noises. 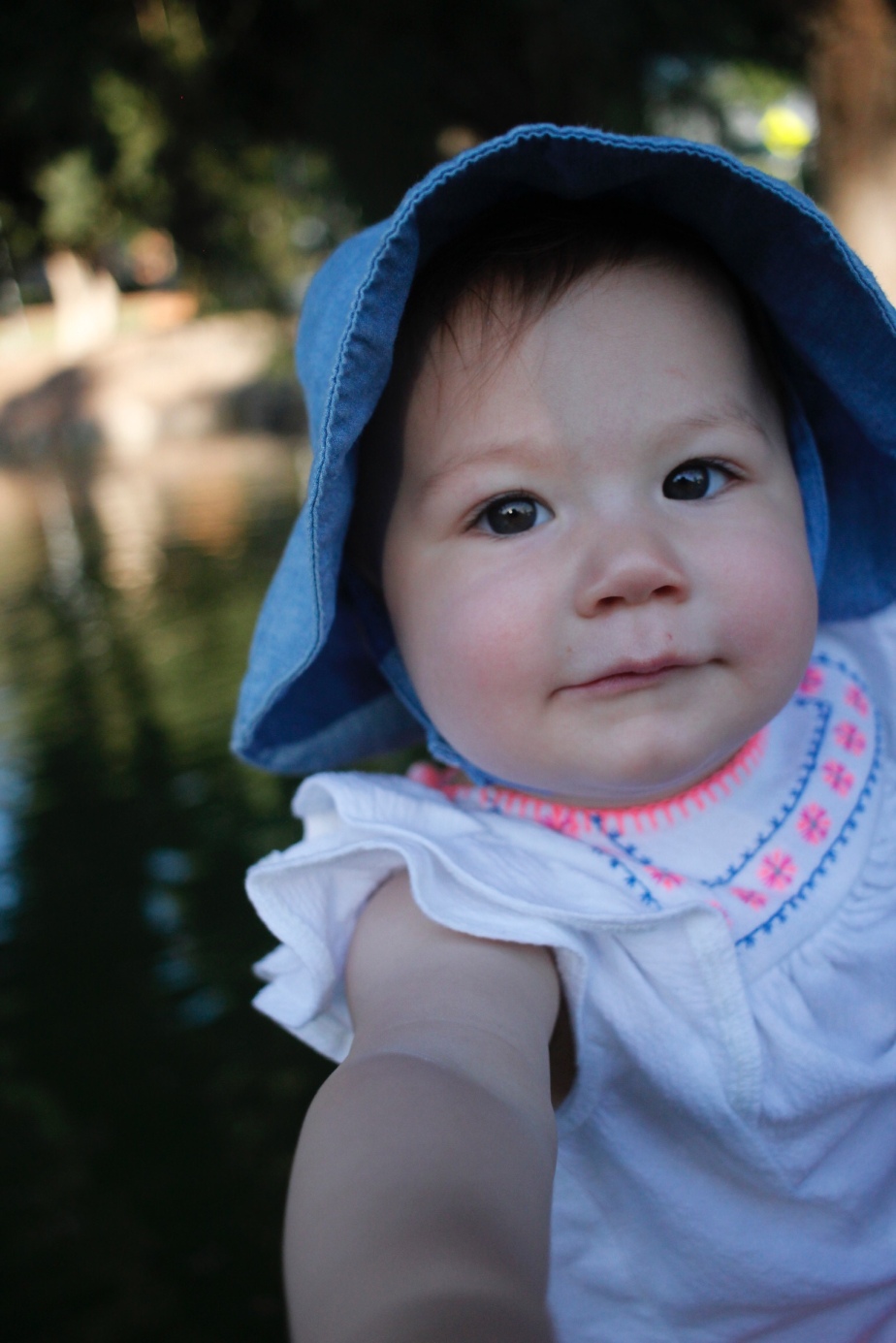 We took these photos last weekend at the Cal Poly Pomona pumpkin patch. Paul and I graduated from Cal Poly and it’s where we met, so it was cool to show Maggie around for the first time. It was hot at the pumpkin patch, so that’s why she looks unhappy in the pictures but she seemed to really like when we went to the duck pond.

Paul took all these photos, except I took the one of him and Maggie. He made the “Magzilla” photo edit at the top too.

I bought a Game of Thrones “mother of dragons” shirt from Target last month to wear on Halloween. It’s not really accurate because it says mother of dragons, plural, and I only have one.

I might do a bit more baby content, including a newborn essentials post in a few weeks. I thought of that because my sister has a newborn and I had a draft started on my favorite baby products from several months ago.

I hope you all have a great and safe Halloween!

2 thoughts on “Halloween with my little dinosaur”