So, I haven’t posted anything in a year and a half. I fell off the grid. But I can never stay away forever. I wish I hadn’t left.

I miss blogging. It gives me a reason to write, take photos, and plan recipes, all things that I’ve loved doing since I was a kid. I want to continue and not let life get in the way.

What have I been up to? Well, I got busy with wedding planning, finishing a family cookbook, the wedding and honeymoon, followed by a new job, and, more recently, moving. I also took two classes at a nearby college during this time, one in person and one online. This past spring, my husband, Mom, and I went to visit relatives in Boise, one of my favorite places to be. That’s what’s been happening with me since I last blogged. I also got pregnant in April. As I write this, I’m about 5 months pregnant.

END_OF_DOCUMENT_TOKEN_TO_BE_REPLACED 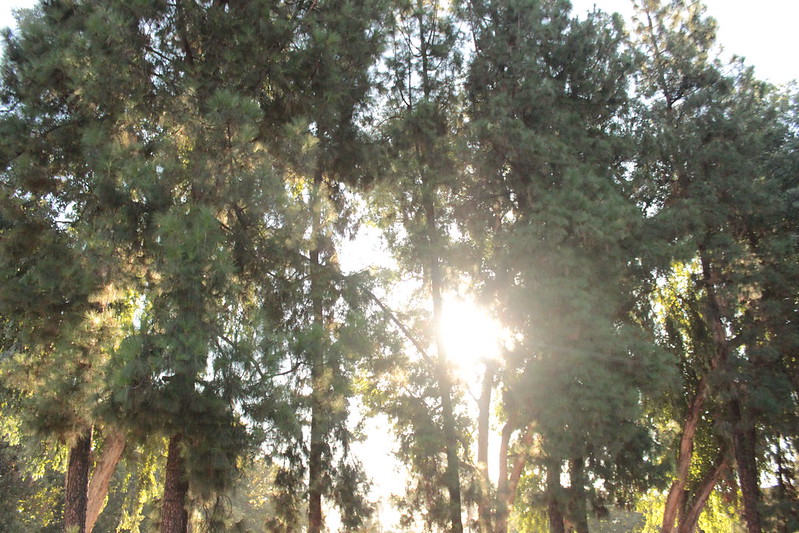 I was inspired to write this post after reading this post on In Honor of Design. I’m happy it’s fall, my favorite season, so to celebrate I’m sharing a fall checklist of sorts. It should be fairly easy to get all these things accomplished, and fairly fun too. :)

The ten things I’m excited to do this fall:

Is there anything you’re looking forward to this season?

Hey guys! After reshooting pretty much all the photos I had on Poshmark, I feel ready to share it on here.

I’m trying to downsize and make a little extra cash, so I figured putting clothes on Poshmark would be a good way to go. It turns out that’s it’s also a lot of fun! I like scrolling through my feed and seeing what other people are posting.

My closet is definitely feminine and a little flirty. Think Zoey Deschanel style, with a retail worker budget. You’ll find dresses, skirts, tops, bottoms, jewelry and accessories. I’ll be adding new items soon, so if it seems like your style, be sure to check back!

END_OF_DOCUMENT_TOKEN_TO_BE_REPLACED

One time when I was about seven years old, I thought I would be silly and pretend I could read fortunes for my older sister and her friends. I don’t remember what I said to her friends, but I remember that I did my teenage sister’s fortune last and what I said made her upset.

Now that I’m 24 years old and a grown up (I guess), I live in an apartment only a mile from the beach. It feels like a dream come true, even though I don’t actually go to the beach every morning and I still haven’t learned to surf.

My boyfriend and I have an ongoing joke that I’m a “beach babe” because I love the beach so much. I can’t say it without laughing because it’s just weird to call myself a babe. More than just living by the beach and living with my boyfriend, it feels so good to actually feel at home in my new home. It’s no longer just my boyfriend’s apartment that was only his for a year before I moved in, it’s mine now too.

Moving, transitions and change are a pain, at least for me. Moving involves not just moving stuff and where you live. As an adult, it includes changing your mailing address, your billing address and your address with the Department of Motor Vehicles. It involves some redecorating. It could involve starting a new job, or two in my case.

Santa Monica really feels like home now and it’s a good feeling. I recently had the chance to show my mom and older sister some of my favorite places around the city. I asked my sister what she wanted to see and she said something like “I don’t know, it’s your city.” It’s still funny to me that I’m living in a city that’s unfamiliar to them, although it’s still in Southern California. By the way, that’s a photo of Mom on the Santa Monica pier below.

The real moment I knew I felt at home was when I was talking to a close friend on the phone a few weeks ago and she asked me “When was the last time you went home.” I had to think about it for a few seconds because I was standing in the bedroom of my apartment at the time. I was home. But she meant when was the last time I was at my old (or other) home with my family. It had actually only been a few days. Just a few months before I had been thinking of my family’s home in Covina as my home and Santa Monica as my second home. It took some time after moving for the two to switch in my head.

I’m so excited to be a resident of the city of Santa Monica, explore what it has to offer and take part in it. I’ve been absent from this blog for too long, but i’ve got photos and videos coming just waiting to be uploaded. So, I’ll be back here again soon. Happy living. 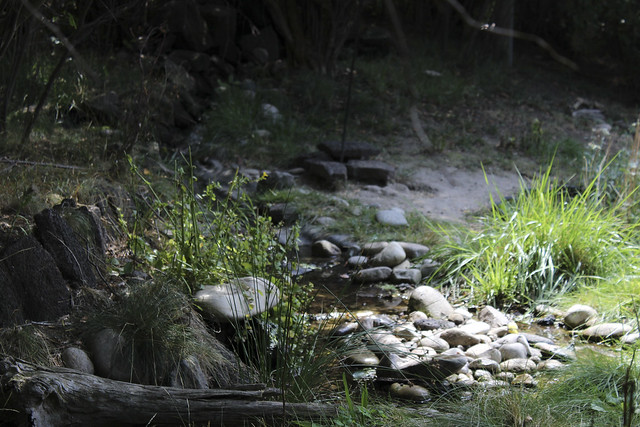 Last year, when I was young and overly ambitious, I decided I would make a list of 24 things to accomplish before I turned 24. You can read my thought process on that here.

It’s been a month since I turned 24, so I decided to go ahead and see how I did with this list, even though I was over it about 6 months in. Here goes:

1. Try sake. √
This was one of the first things I checked off.

3. Have a mentor.
Still working on that.

END_OF_DOCUMENT_TOKEN_TO_BE_REPLACED 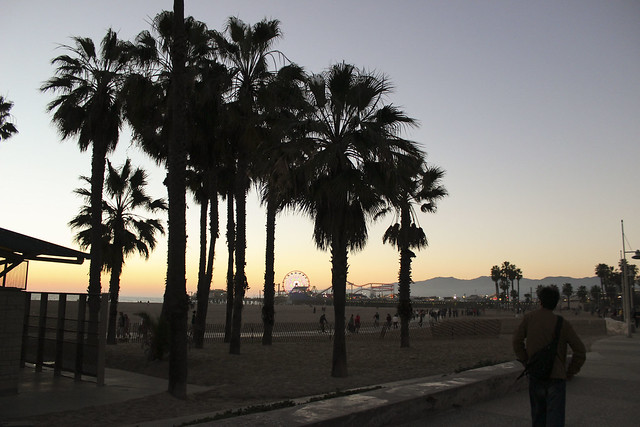 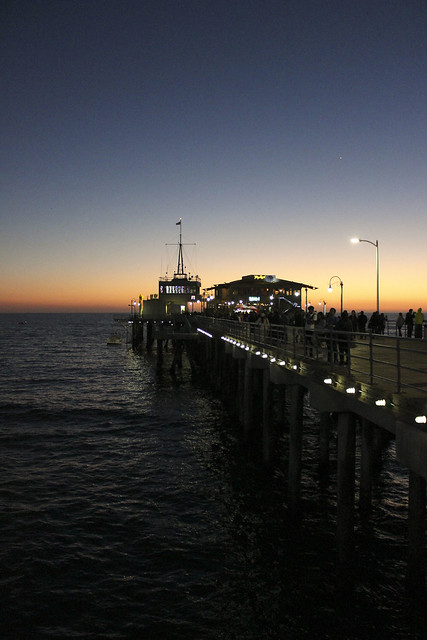 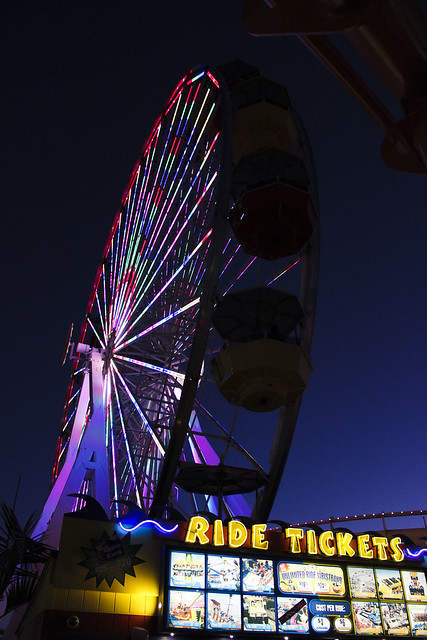 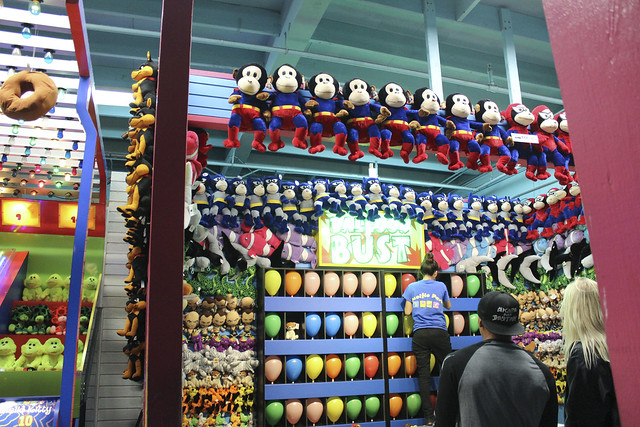 Hello, hello! It’s past midnight on a work night, but I just wanted to check in and share some photos from my new home.

I still find it hard to believe that I live within walking distance of the beach. This is seriously a childhood dream come true! Considering that, though, I should really go there more often. I should make it a goal to go to the pier, shore and/or walk along the sand at least once a week.

P.S. Speaking of goals, I’m going to get a post up soon about how I did with my 24 before 24 list. As of Groundhogs Day, I’m 24 years old and getting older all the time. As Ferris Bueller said, “Life goes pretty fast. If you don’t stop and look around once in a while, you could miss it.” 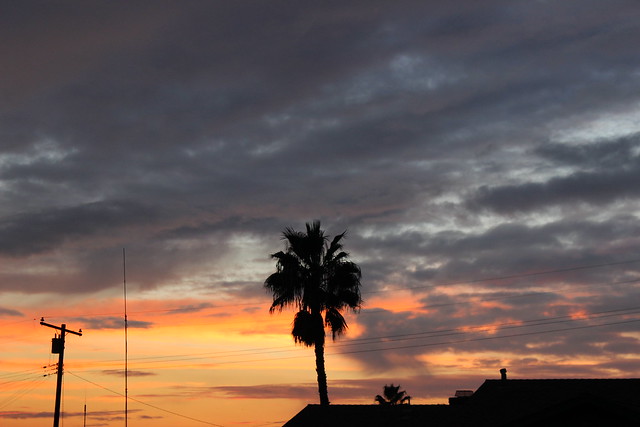 I wasn’t going to write anything about this past year or the year ahead. For one, 2014 was not my best year. I hated it at times. I felt like I was in a rut. But that was then and this is now. Ha!

I don’t want to dwell on the past any more. So I haven’t had a job in a while. So it took me five years to finish college and I haven’t been offered a full-time job since graduating in June. So I still live at home.

Things haven’t been working out the way I dreamed they would. I wanted to get a dream job within three months of graduation, be engaged by this time and saving up money for things like furniture and a car. But that’s just life, I guess. Things don’t always work out the way you plan. You just have to keep moving forward.

END_OF_DOCUMENT_TOKEN_TO_BE_REPLACED

September was a funny month and not in the haha sort of way. I had a renewed sense of energy after coming back from a 12 day trip to Boise in August. I did a lot of applications and interviews. But by the end of September, my motivation was waning. It still is, to tell the truth. That’s why it’s taken me this long to get to my monthly adventures post. I’ve been a college graduate since June, but I’m still searching for a job. It isn’t easy. Honestly guys, I could use some encouragement. I know I’m being a whiny baby, but I don’t care. Okay, I do. So I’ll start by being thankful for what I’ve got and what I experienced in September.

I’m thankful for the things that made September good. Things like:

This week I’m going back to my college as an alumna twice. That should be funny (also not in a haha way). Today is the Fall Career Fair and this weekend is the Pumpkin Festival.

What are you up to this week or month or whatever?