I love when reality TV makes me feel better about my life. That’s prety much the main objective of it, isn’t it? With this season of Great British Bake Off, I’m feeling like maybe I’m a better baker than I thought. Some of the bakes actually seem easy to me, but not as much if they have an emphasis on style and presentation.

In episode 4, which focused on chocolate, the bakers were tasked with making brownies and most of them didn’t do very well. Brownies can be tricky at times, and it’s possible they didn’t have much experience with brownies, as it is an American dessert. I would have liked to see at least one of the bakers win over the judges with a classic brownie recipe.

Last week, my mom asked me to make brownies for her birthday dinner. I had offered to make an ice cream pie, like the one at Islands restaurants, but she said a brownie sundae bar might be better. My sister Mary shared a favorite brownie recipe recently that I thought about using. But it seemed slightly complicated, so I went with a recipe for cocoa brownies. Halfway through, I worried it would be a fail. The batter was thicker than I expected. It looked different than the photos in the recipe, but I had made some slight changes. I seriously considered running to the store for a back up dessert. I went ahead and baked them any way, thinking I could still rush to the store before the dinner. The brownies actually came turned out great. Good thing I didn’t give up on them! You’re going to want to try them too.

END_OF_DOCUMENT_TOKEN_TO_BE_REPLACED

There are days when I have restless energy and really want to bake. If I could bake every day, I would but there’s the problem of having to wash dishes after, as well as having other responsibilities and things to do in the day.

Soon after I woke up, I was thinking about trying to make shortbread cookies with Maggie. It’s not easy baking with a 1-year-old who also has a lot of restless energy. I have tried it. She tries to open all the drawers and cabinets in the kitchen, most of which I have yet to baby proof. Well, I tried that too but the baby proofing products I bought didn’t work for our drawers.

What’s the difference between a Maria’s Cookie and a British digestive cookie? Are those more similar to Nilla wafers, shortbread, or graham crackers? Can you make a stamp cookie out of shortbread or do you need to use a sugar cookie dough? These are the questions that have been on my mind lately, besides “what new development will unfold in this pandemic” and “how do I keep my 1-year-old occupied.”

END_OF_DOCUMENT_TOKEN_TO_BE_REPLACED 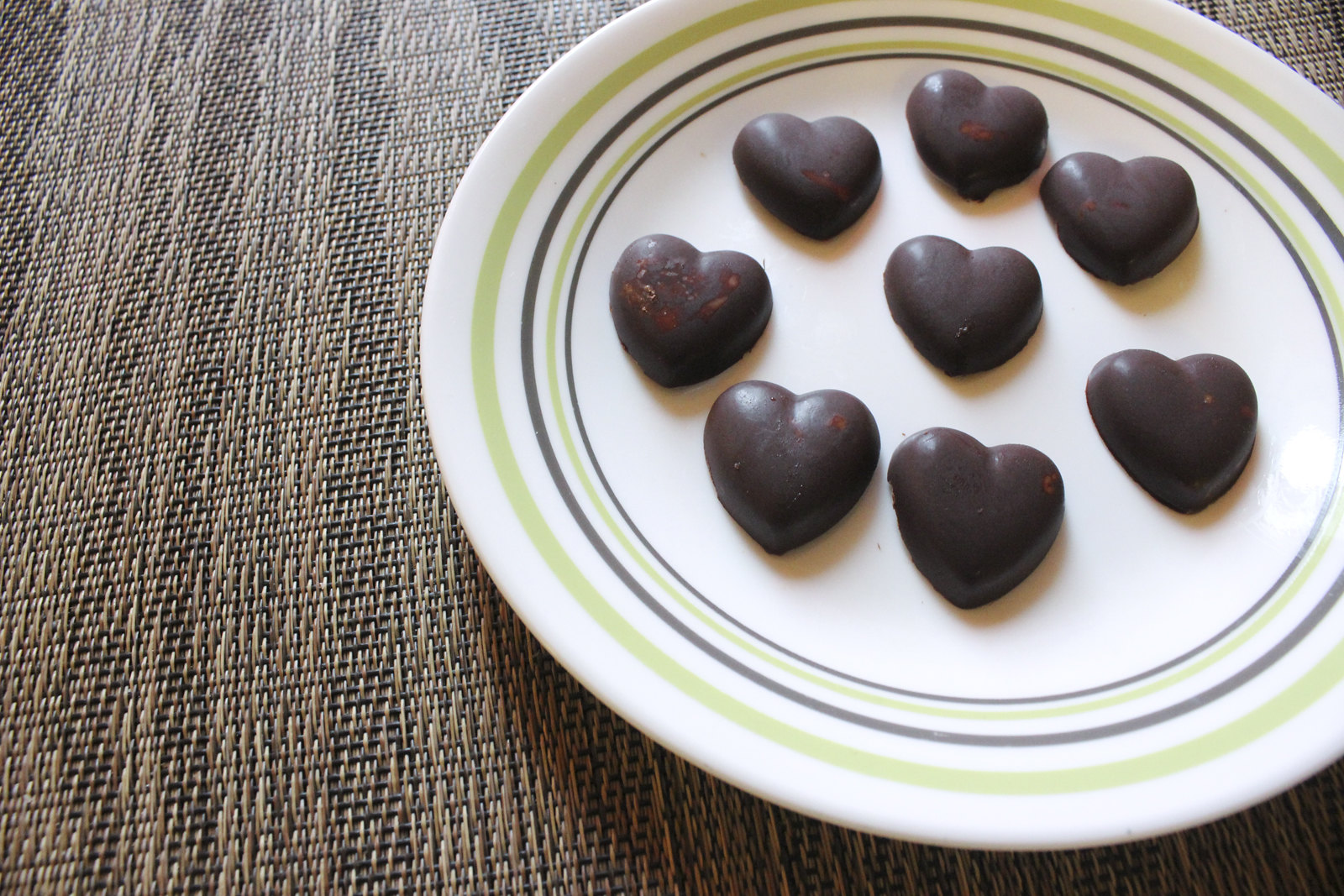 It’s almost Valentine’s Day and to celebrate I’m sharing an easy recipe for homemade candy that you can share with your love, your friends, or just keep to yourself.

END_OF_DOCUMENT_TOKEN_TO_BE_REPLACED

Last week there was a heat wave in Southern California, but I still wanted to bake something. I had the day off last Tuesday, so I took the time to prep everything except the oven. I picked out a recipe, followed the directions until baking time, and then stuck it in the fridge to be baked on a cooler day.

By Thursday, it was in the 80s, so after work, I went ahead and heated up my apartment for a baked good in waiting.

END_OF_DOCUMENT_TOKEN_TO_BE_REPLACED

Making something new out of an old favorite

For the past few years, I’ve made this Devil’s Food Cake at some point during fall or winter. Well, I just looked back on the first blog post I did on the recipe and this year was only the third time but it feels like more.

It’s my boyfriend’s favorite kind of cake. His grandma used to make a similar version for birthdays, so it has a special meaning for him. Plus, who doesn’t love cream cheese frosting?

This year, I got a doughnut pan from a holiday gift exchange at work, so I decided to try a new spin on the Devil’s Food Cake. Hence, Devil’s Food cupcakes and doughnuts. :)