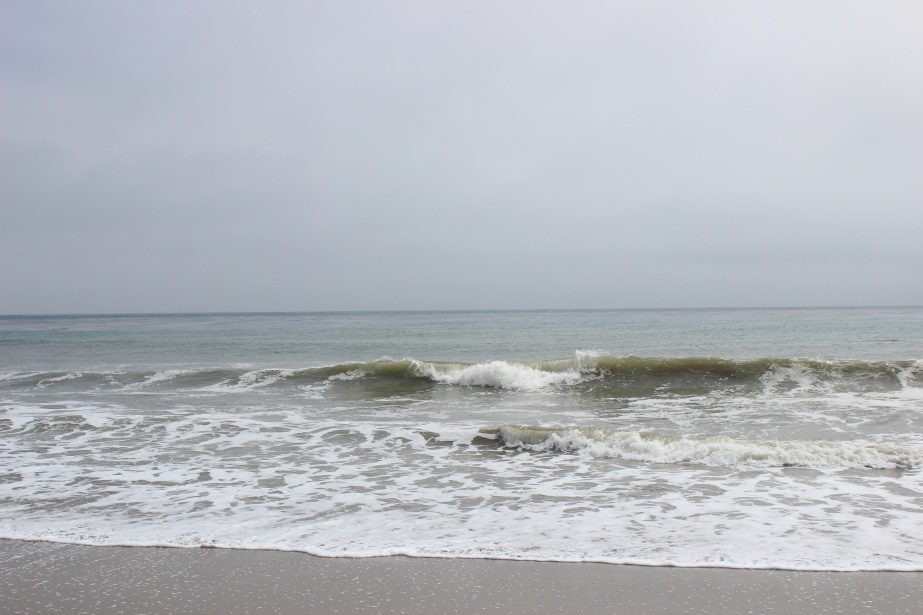 The ocean has always been a special place for me. I especially love watching the waves go in and out. When I was a little girl, my older sister and I would play tricks with the waves. As the waves would start to come in I would call out “You can’t get me you little rascal waves.” Except, I had a hard time pronouncing words then, so it sounded more like “You can’t get me you wittle wascal waves.” Then I would either run away from the water or my sister would pull me up by the arms so the waves wouldn’t get me. Maybe this actually only happened once or twice. Either way, it’s a fond memory.

Being on the beach always makes me think of that memory. I get so excited to stick my feet in the water, even if it’s a cold day. I know that if it’s too cold for me, I can just run away and come back when I’m ready. The waves will still be there.

I took this photo a few weeks ago I was in Santa Barbara with my best friend just for a day. We took a break from exploring the city to hang out by the ocean waves. It was really fun! Not many people were on that area of the sand so we had our own space to be silly and take photos. We played around with the settings and took turns modeling for the camera. We were acting like kids. A lot of the pictures turned out bad. Out of the bunch, this was my favorite. It’s not just a decent pictures. It also has a soft quality to it, which I like.

So, I decided to share it as part of the Between Lenses photo challenge put on by Latrina and Tara.

To find out more about the Between Lenses photography challenge, visit Latrina’s blog Of Trees and Hues and Tara’s blog Tara Victoria.This challenge is really beautiful and hope to keep linking up with them. If you’re interested, the next two themes have already been planned out so you can get a head start.

6 thoughts on “Between lenses: Movement”